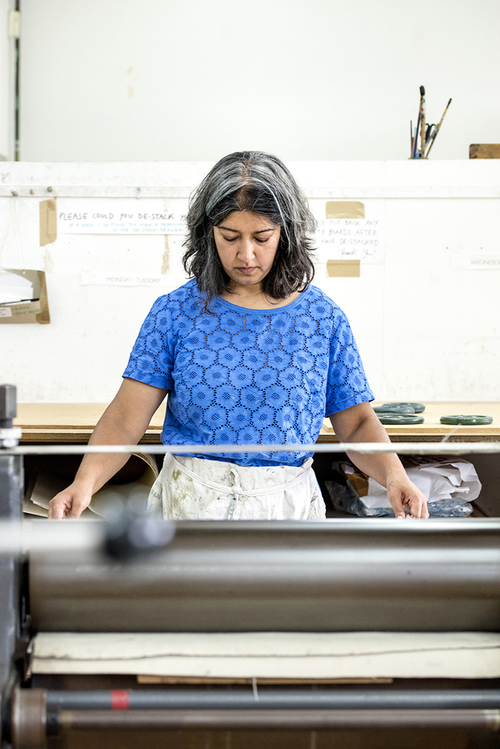 Chitra Merchant grew up in India and currently works as a Printmaker in Bristol, U.K. After completing a B.A Degree in Psychology, she left India to work for a year in an artist’s studio in West Africa. She came to England in the early nineties and completed a B.A (Hons) Degree in Illustration from U.W.E Bristol (’98)where she was first introduced to printmaking. In 2001 she based herself at Spike Print Studio where she prints, exhibits and works to commission on a regular basis.

Much of Chitra’s work is strongly informed by her Indian upbringing. This is reflected in her use of colour as metaphor and landscape as allegory, and in her use of critical line to examine the roles and expectations that are ascribed to women.

Her landscapes use ancient Indian historical sites as a starting point from which to develop imaginal structures that take on a life and logic of their own.

Her love of drawing always forms the starting point of any work. These maybe made on site (whether at an ancient eastern ruin or an urban western city site)or painted directly onto a screen to form a stencil. They are then translated into the medium of screenprint with its limitless possibilities for layering colour, tone, line, text..

Part of her process involves turning all techniques on its head to see what treasure or disaster might be revealed! As a result , her prints are usually in a series, a variable edition or unique images.

She enjoys the sociable and unpretentious nature of working in a large shared print studio with its numerous tea and biscuit breaks (vital aides to the creative process!) 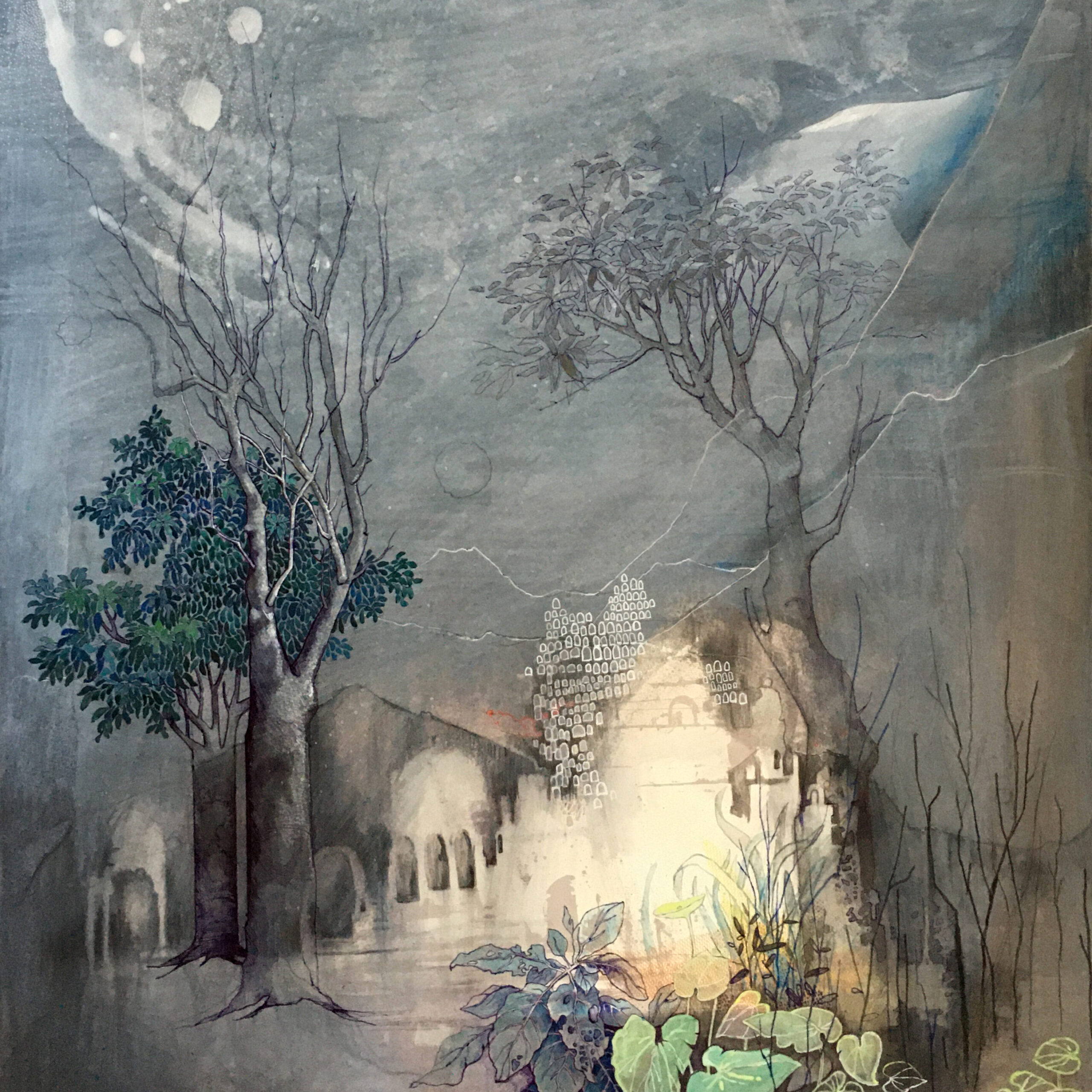 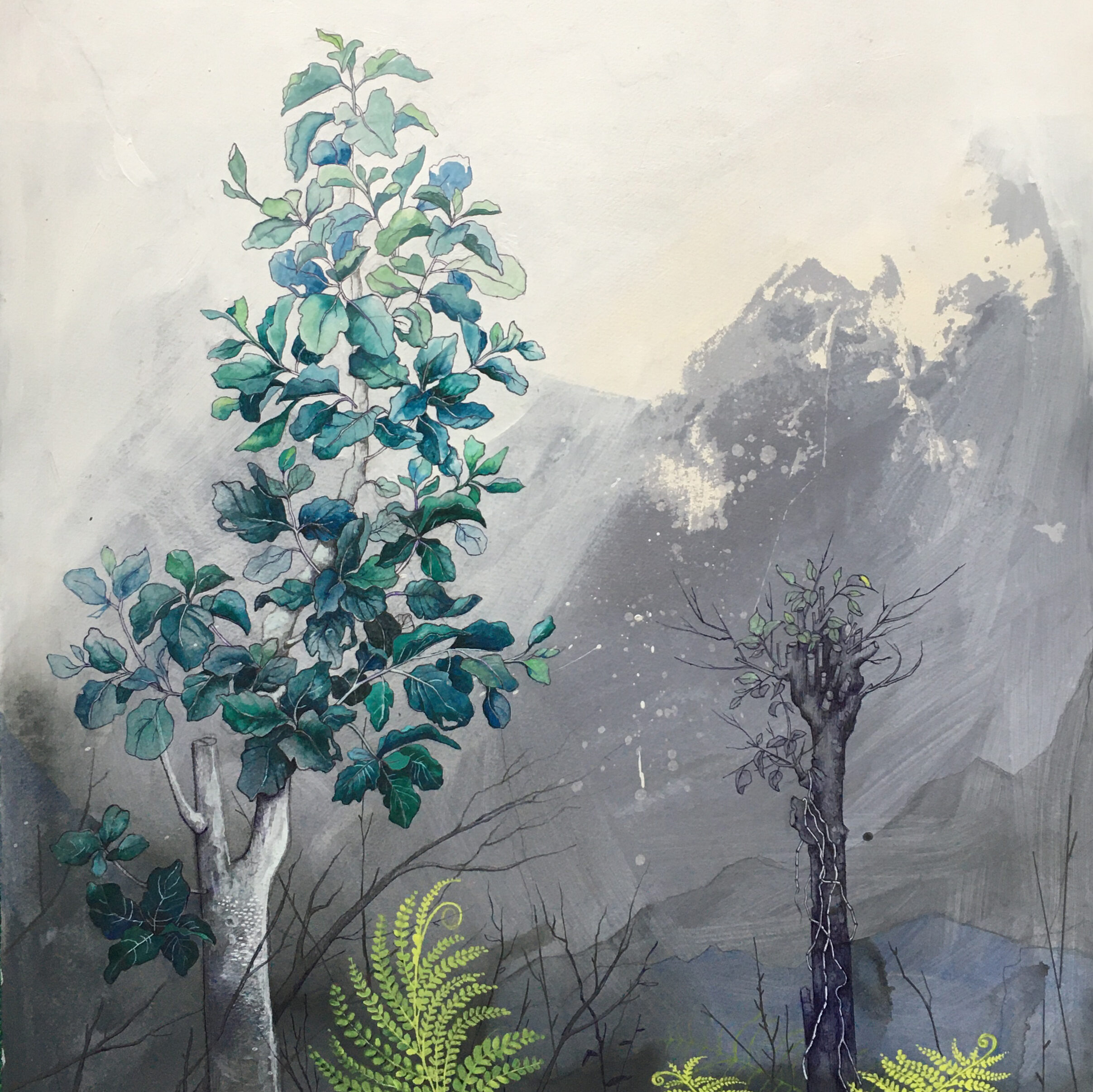 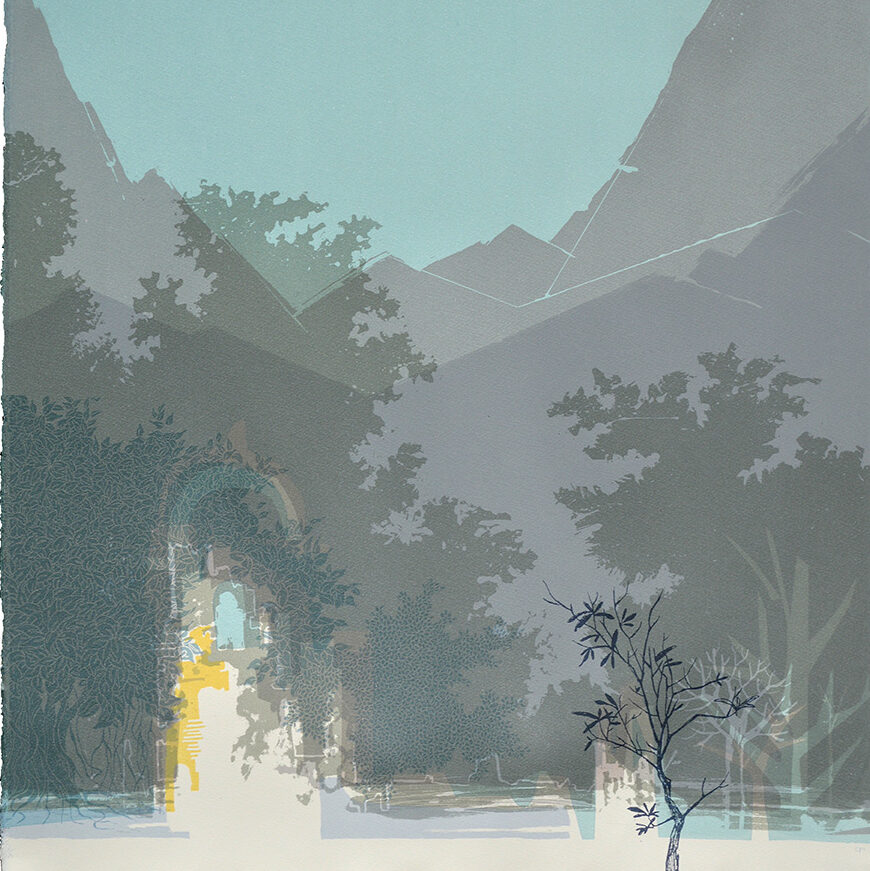 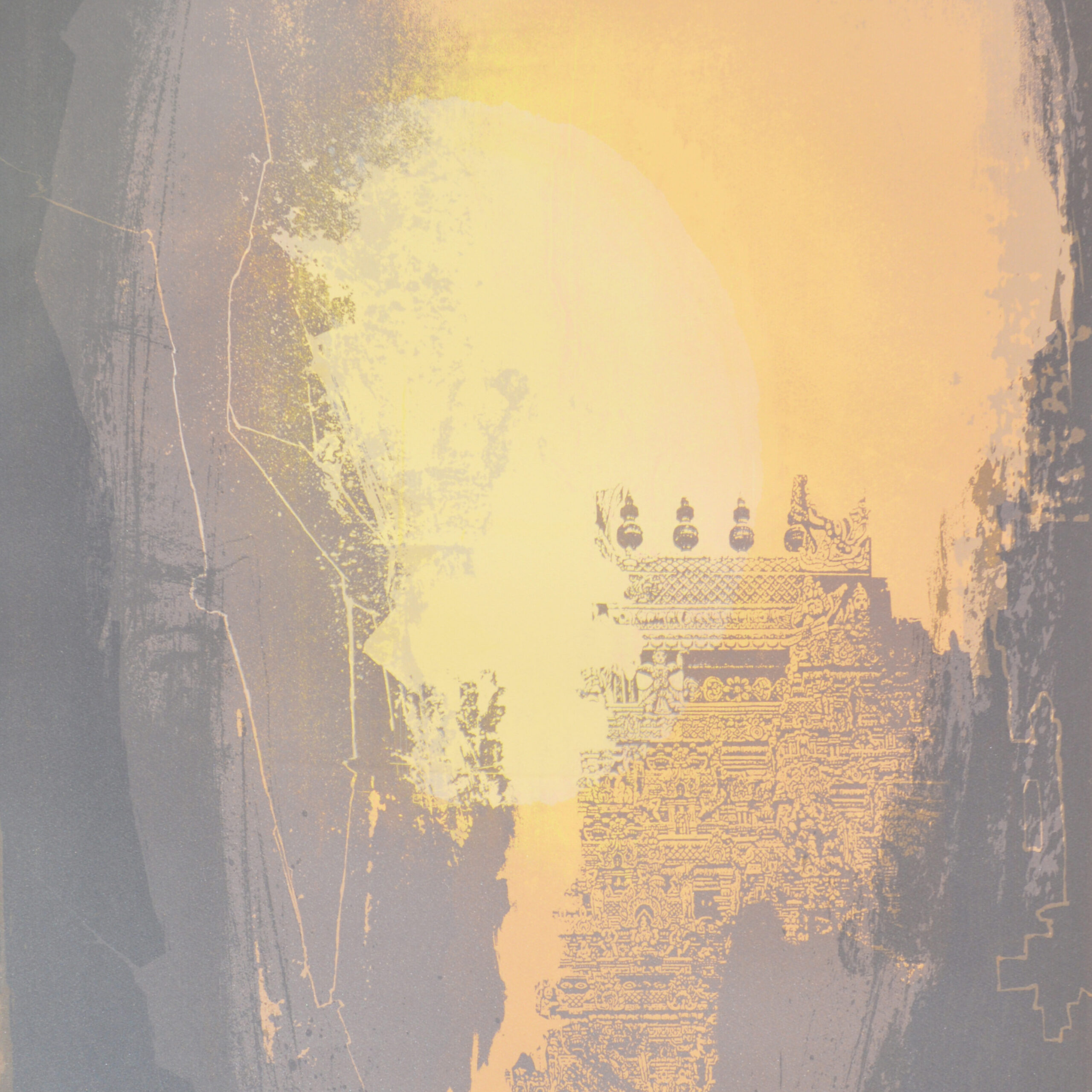 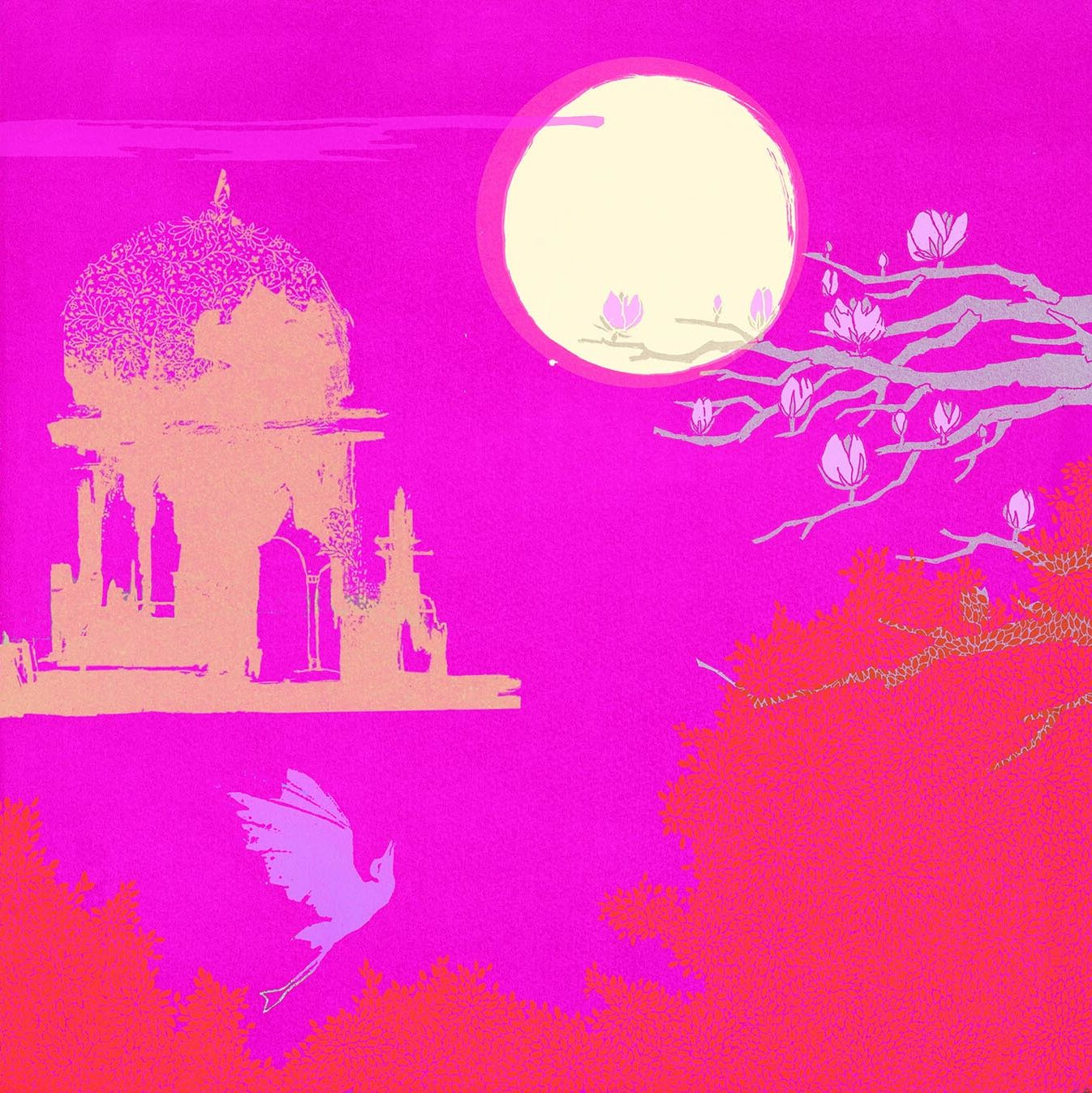 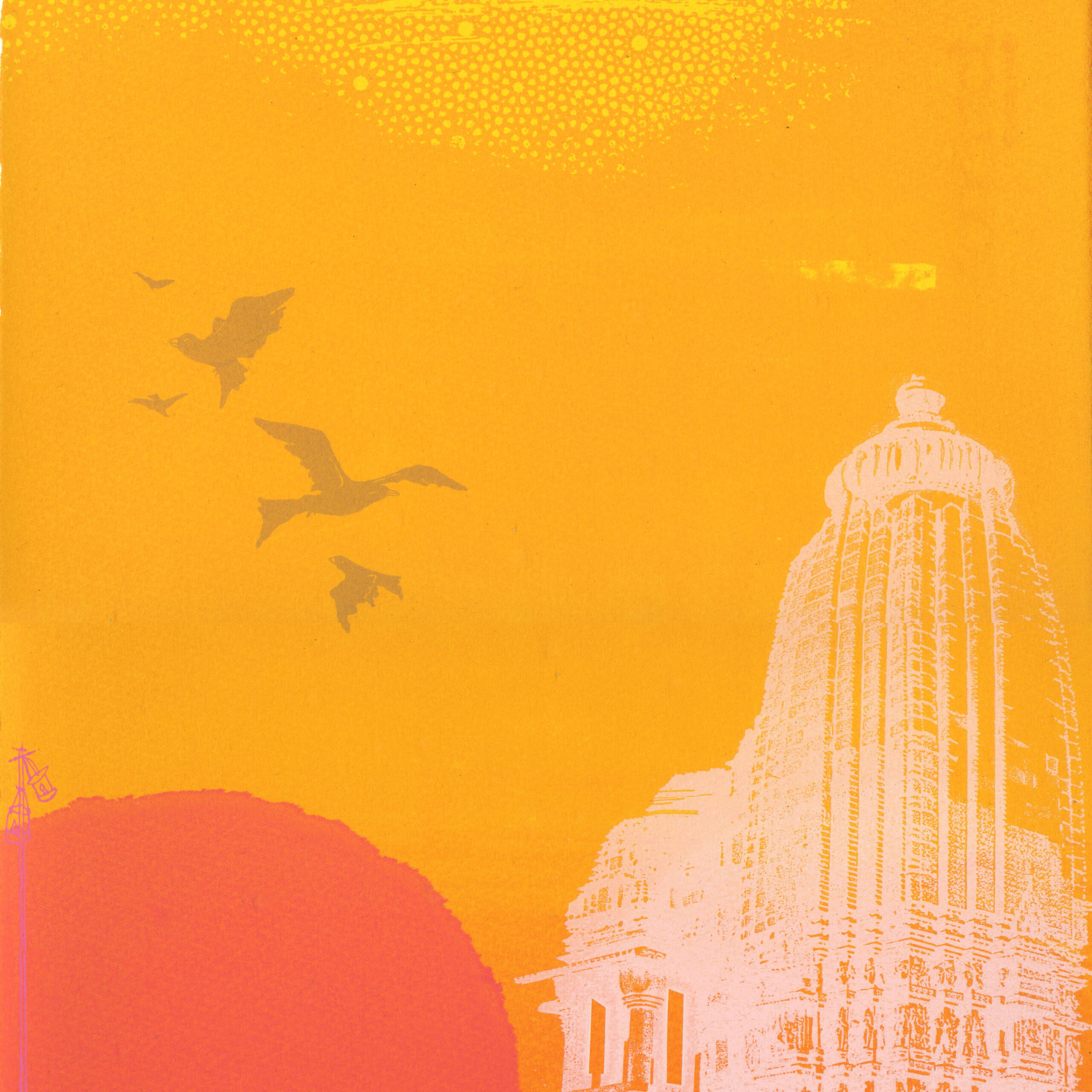 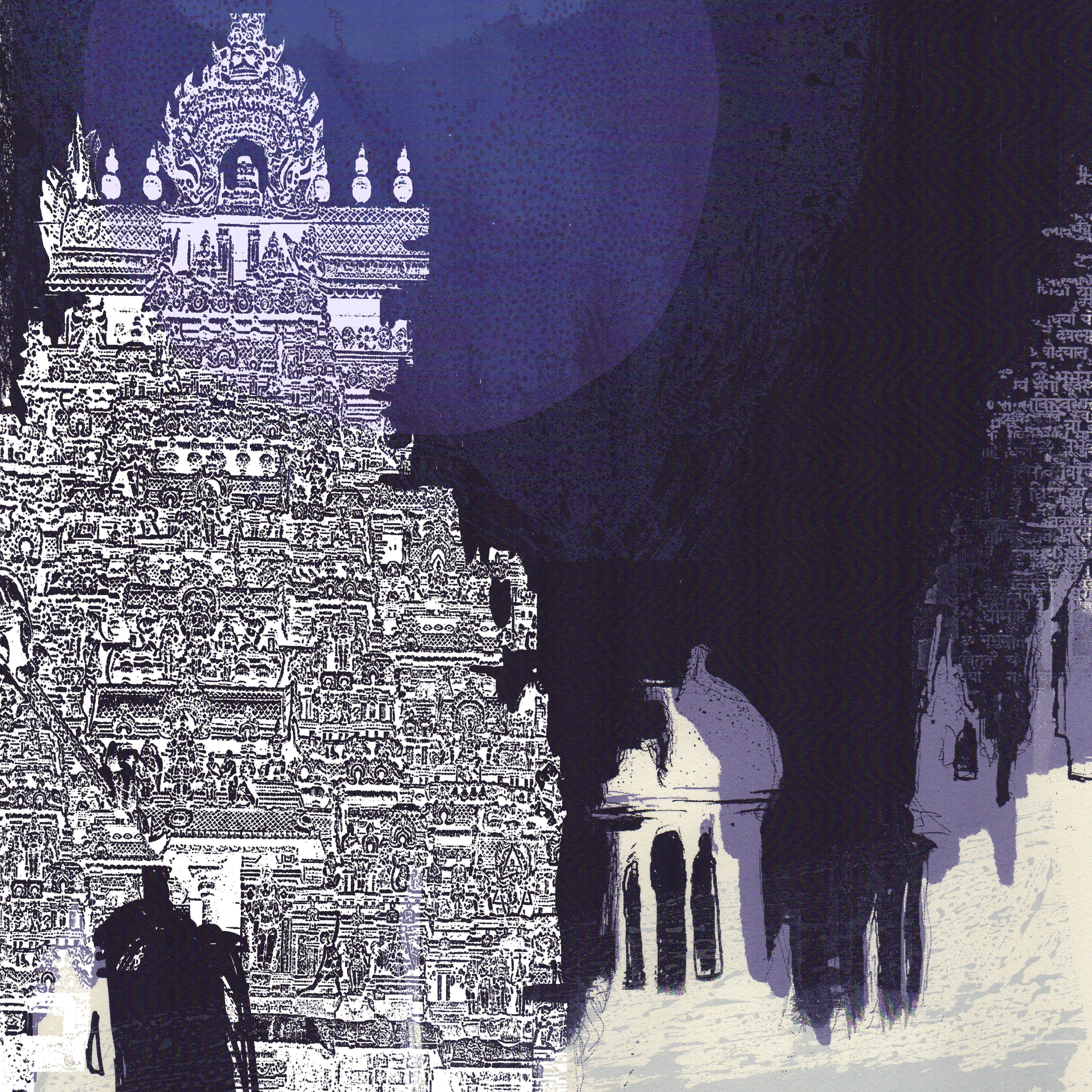 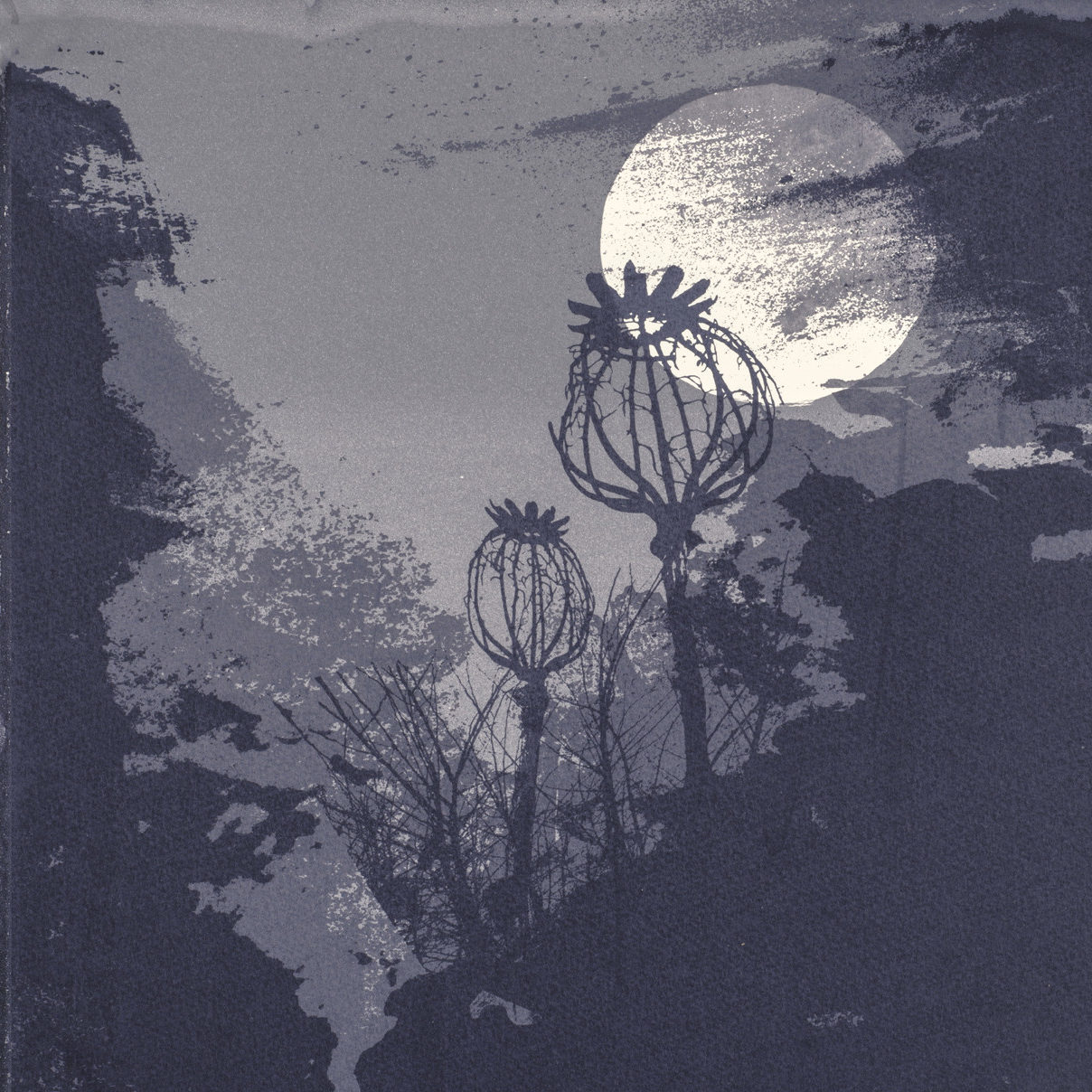 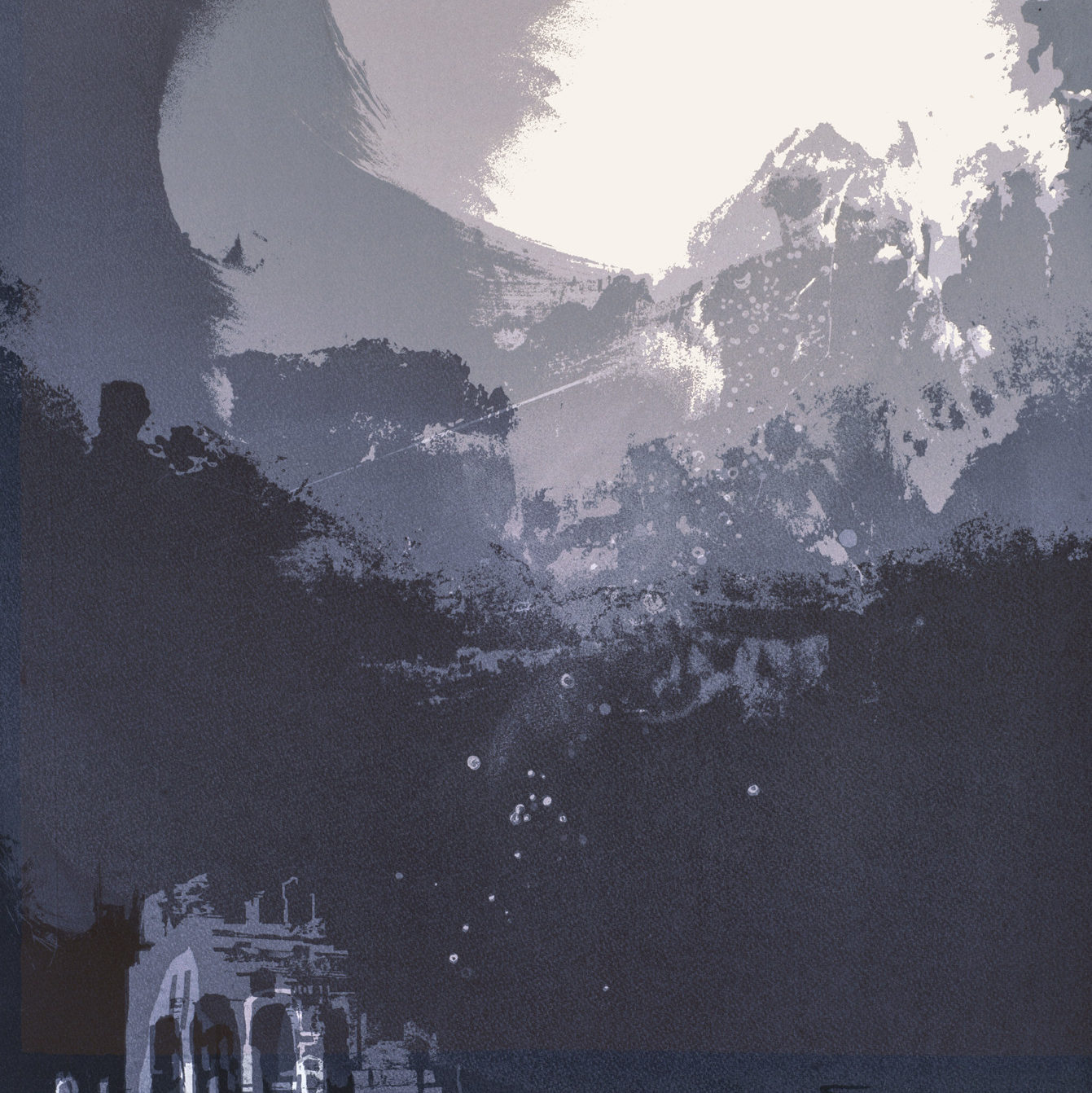 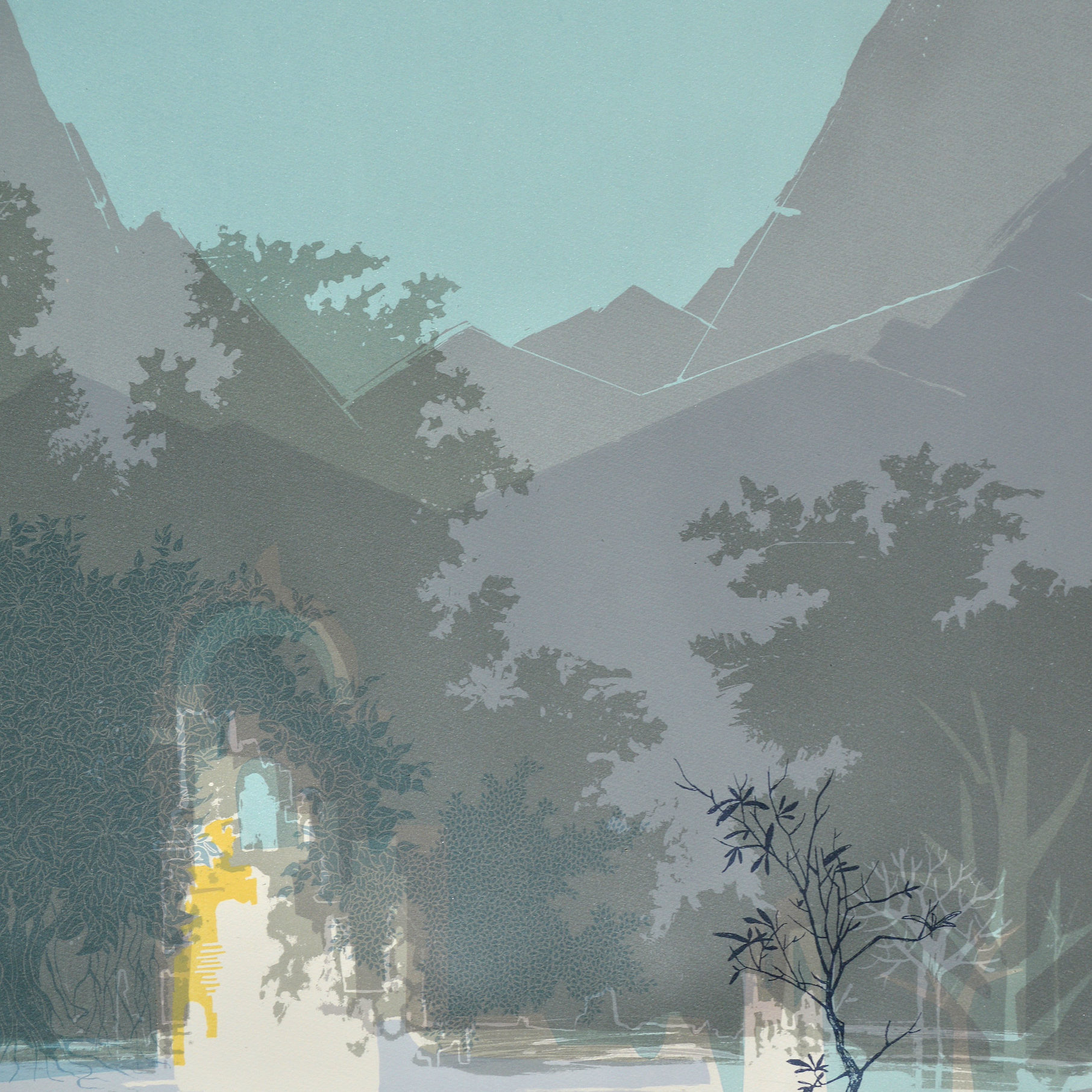 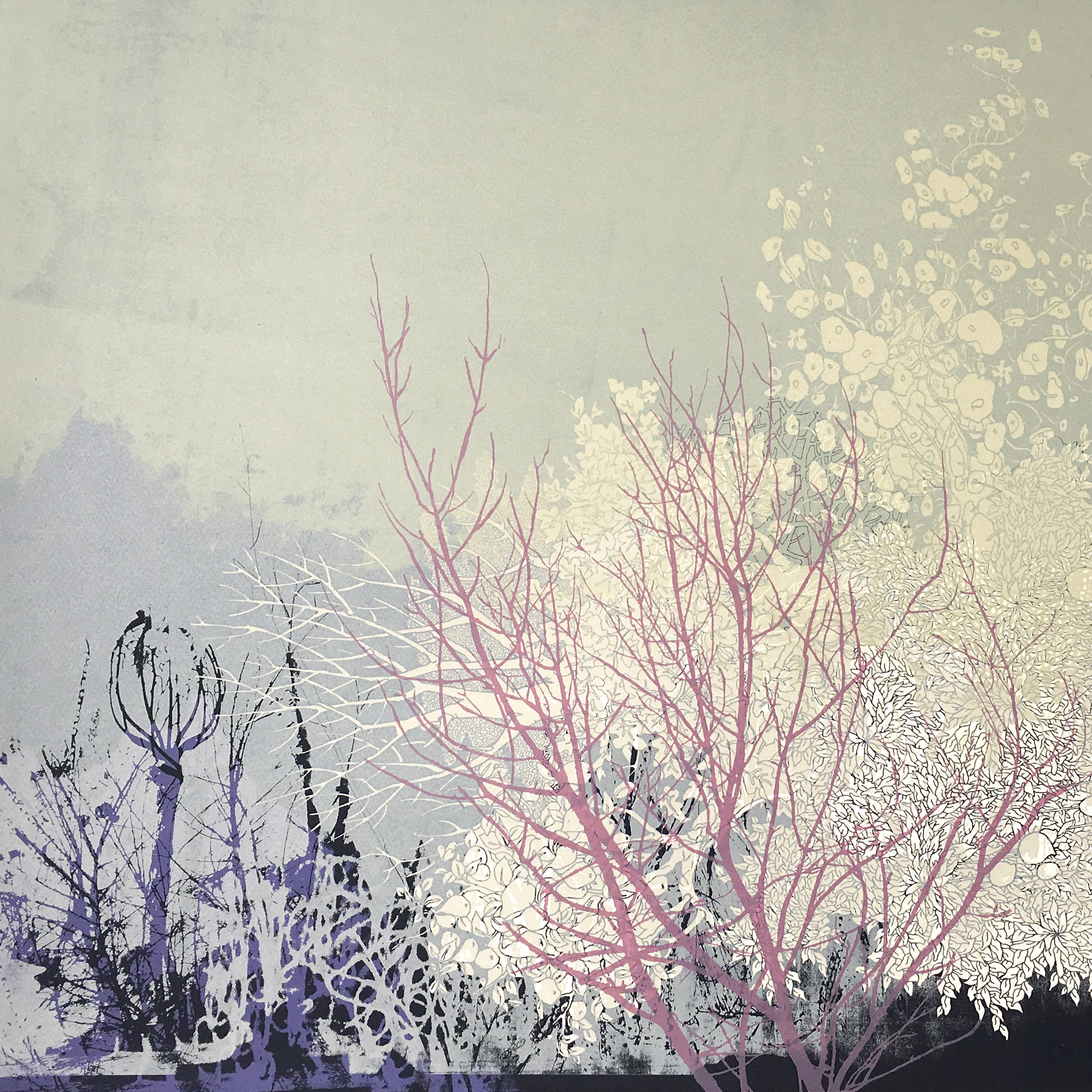 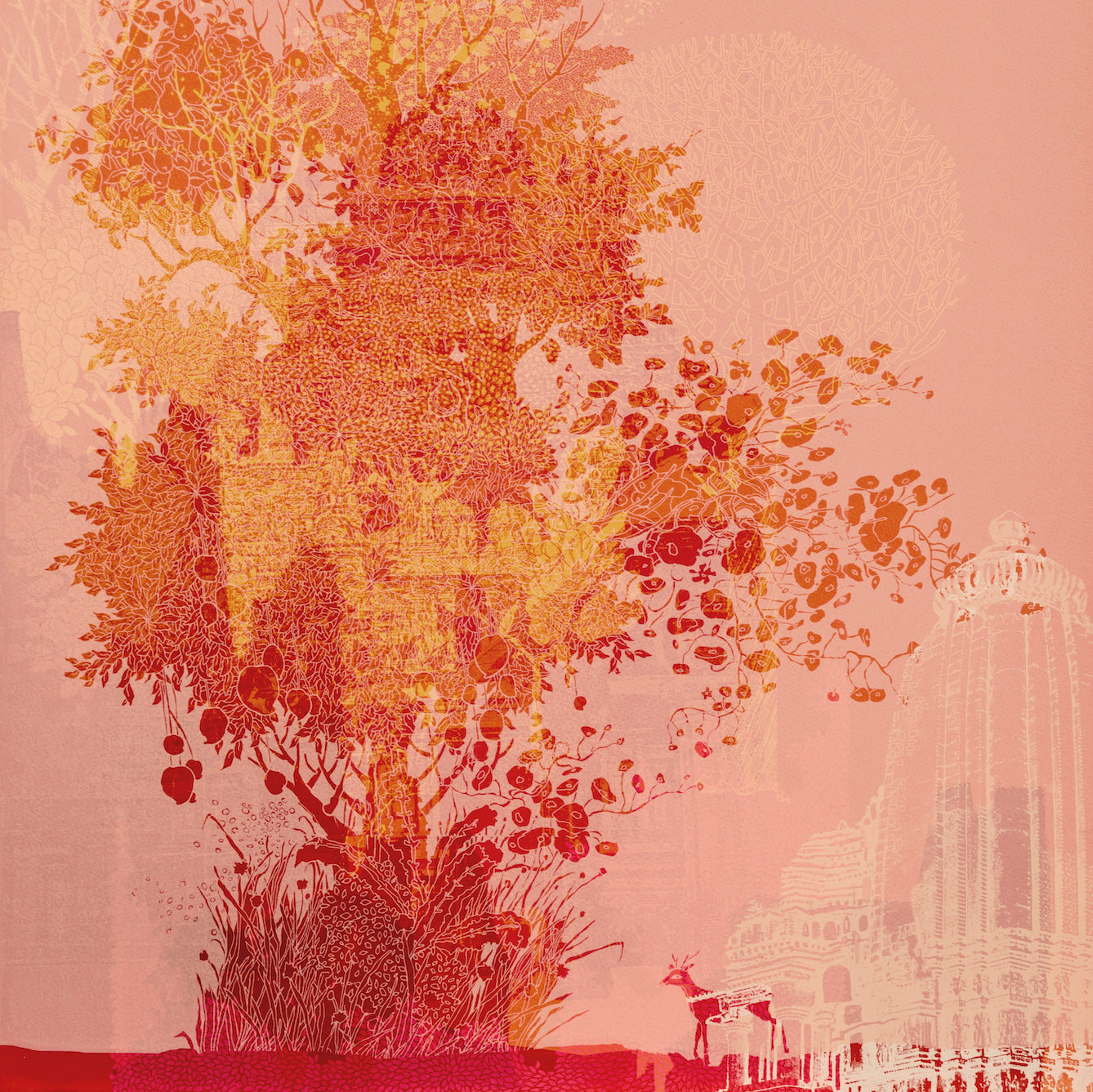 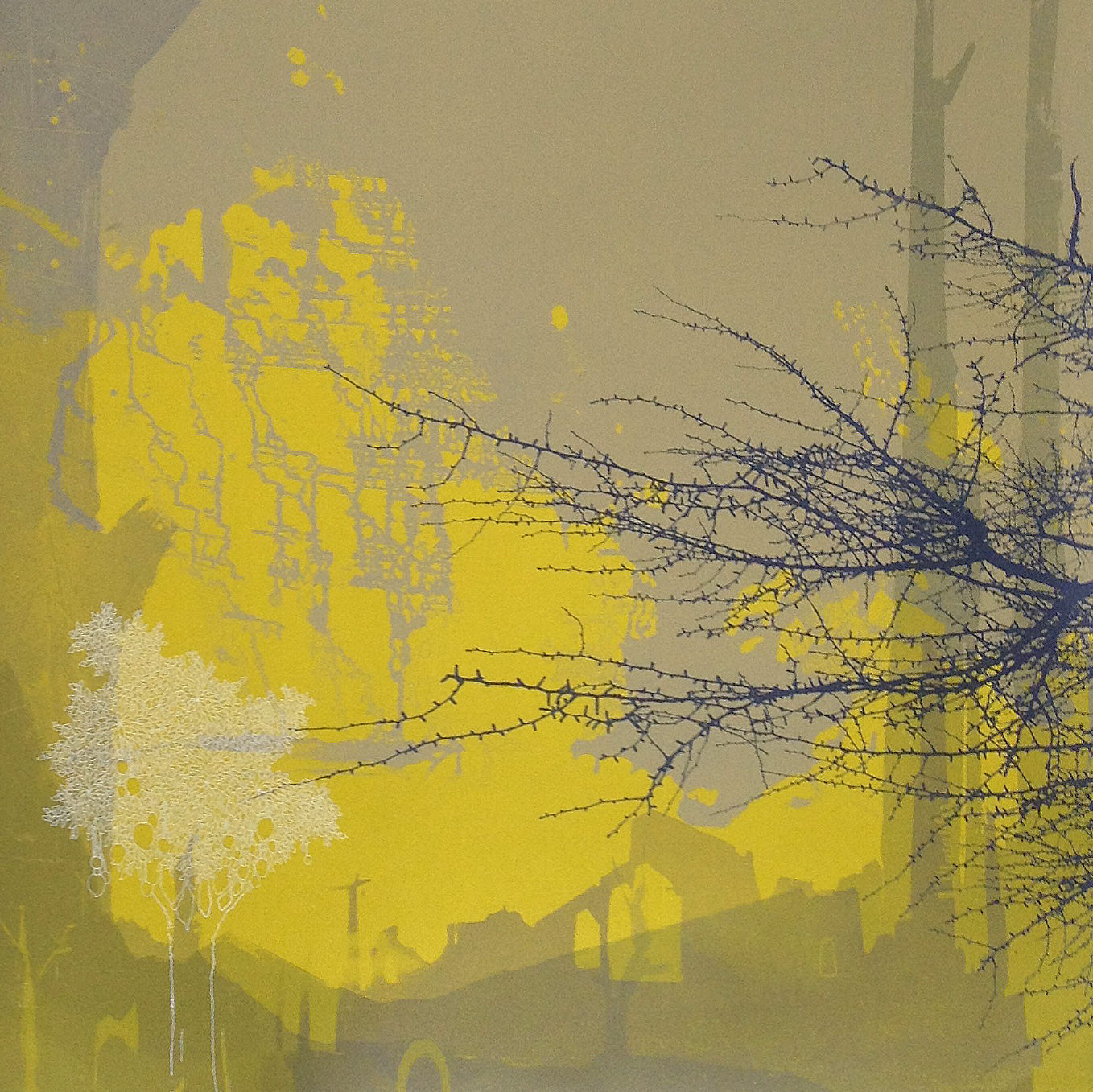