Combining Abstract Art with Surrealism, Joan Miró’s oeuvre is internationally respected. Born April 20, 1893, in Barcelona, Spain, Joan Miró Ferra was exposed to art at an early age through his watchmaker father. At the age of 14, he went to business school in Barcelona while also attending La Lonja’s Escuela Superior de Artes Industriales y Bellas Artes. Choosing business over art, he took a position as a clerk but later suffered a nervous breakdown. Abandoning business, he resumed his art studies and attended Francesc Galí’s Escola d’Art in Barcelona from 1912 to 1915. Receiving early encouragement from the dealer[…]

Title: Hommage a Picasso
Medium: Original etching and aquatint in colours,1972, signed by the artist in pencil
Published by:  Propylaen Editeur, Berlin
Printed by: Arte Adrien Maeght, Paris in the summer of 1973.
Edition:  90
Reference: Dupin ; Miro Engravings, Volume 2 – Number 565
Patrick Cramer: The Illustrated books, page 372, Number 172
Note: Pablo Picasso died in 1972 and this piece was published as Miro’s personal homage to his friend. It was published in Volume 1 of the portfolio of 6 volumes which contained 69 prints by different artists all made to honour the memory of Picasso. The preface was “Conversations with Picasso” by Daniel Henry Kahnweiller.
Both Miro and Picasso were of Spanish descent, Miró’s mother and Picasso’s mother were friends. Even though Miró greatly admired the older artist, he didn’t seek an introduction until 1920 when Miró was 27 and was going to Paris. Before his trip, he went to Picasso’s mother and asked if there was anything she wanted him to take to her son. She said cake. Miró made his way to Paris and delivered the cake to the older and already-successful Picasso. Apparently, Picasso appreciated the gesture because he served as a bit of a mentor to Miró, introducing him to art dealers and the art community. They were very different personalities: Miró was more reserved and shied away from public life. Picasso was more extroverted and more of a salesman. However, they shared a brotherhood rooted deeply in Catalonia and Spain. Both were greatly impacted by the general and dictator Francisco Franco, who came to power during the Spanish Civil War.
Public Collections: MOMA https://www.moma.org/collection/works/60267
Size:  560 x 760 mms  (Plate Size) 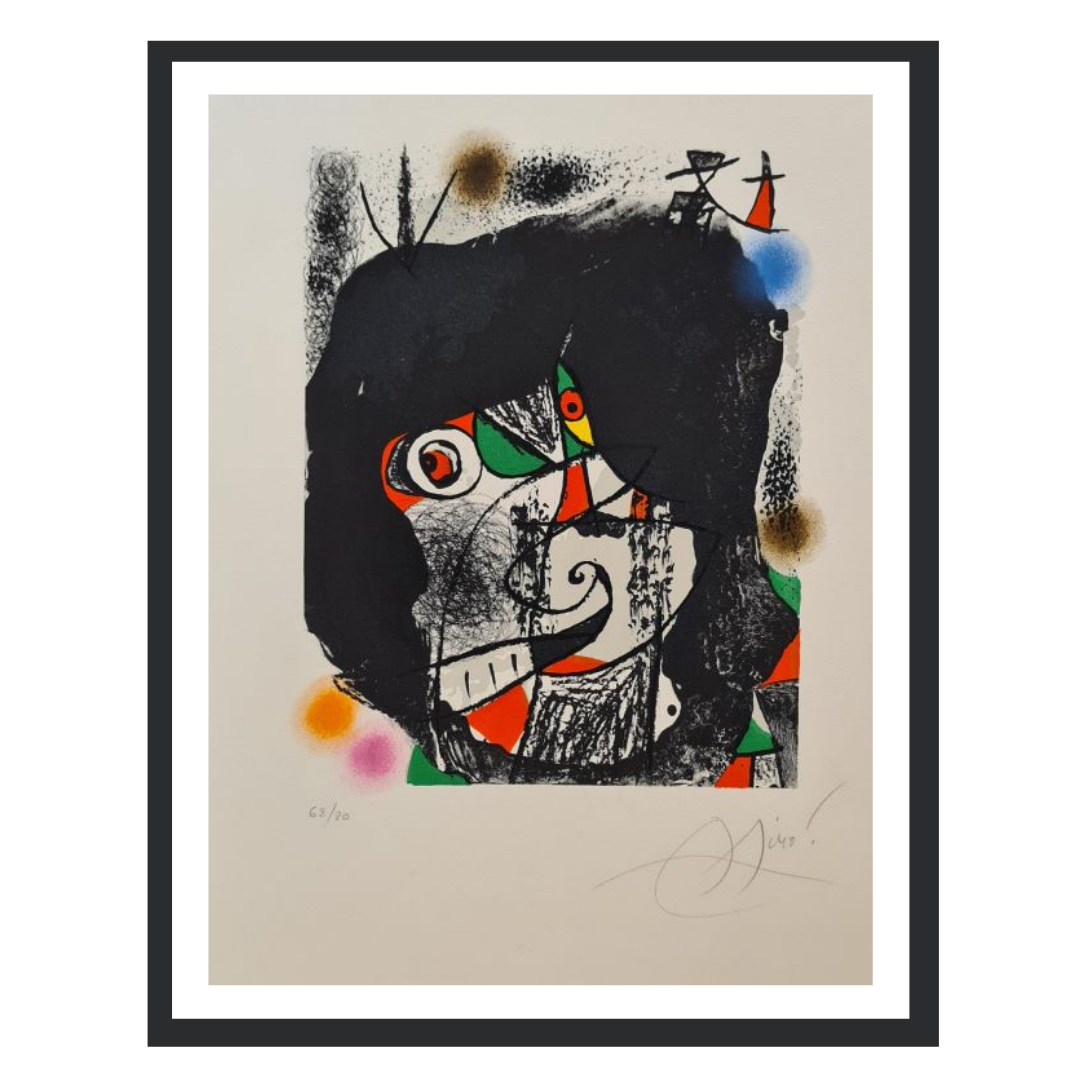 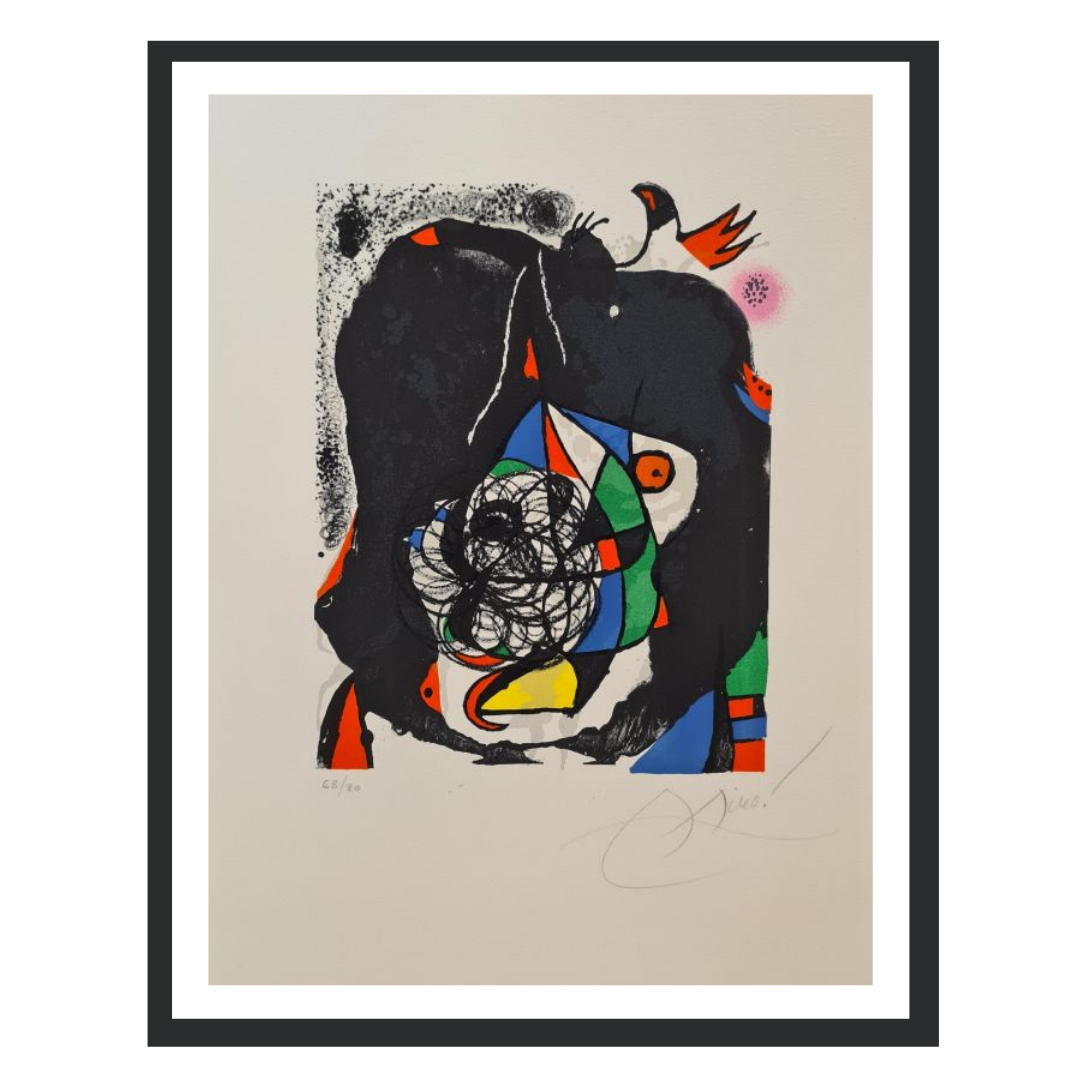 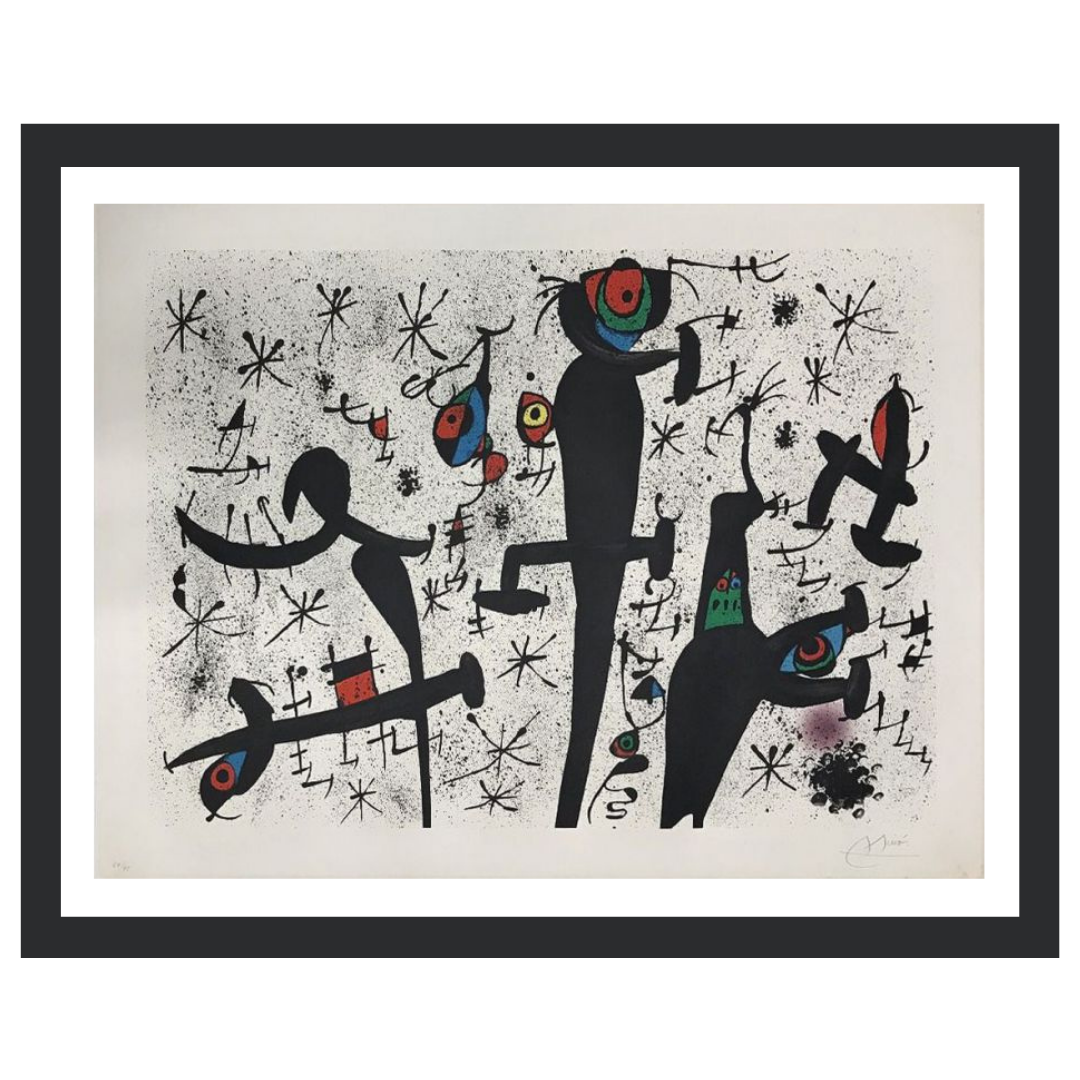 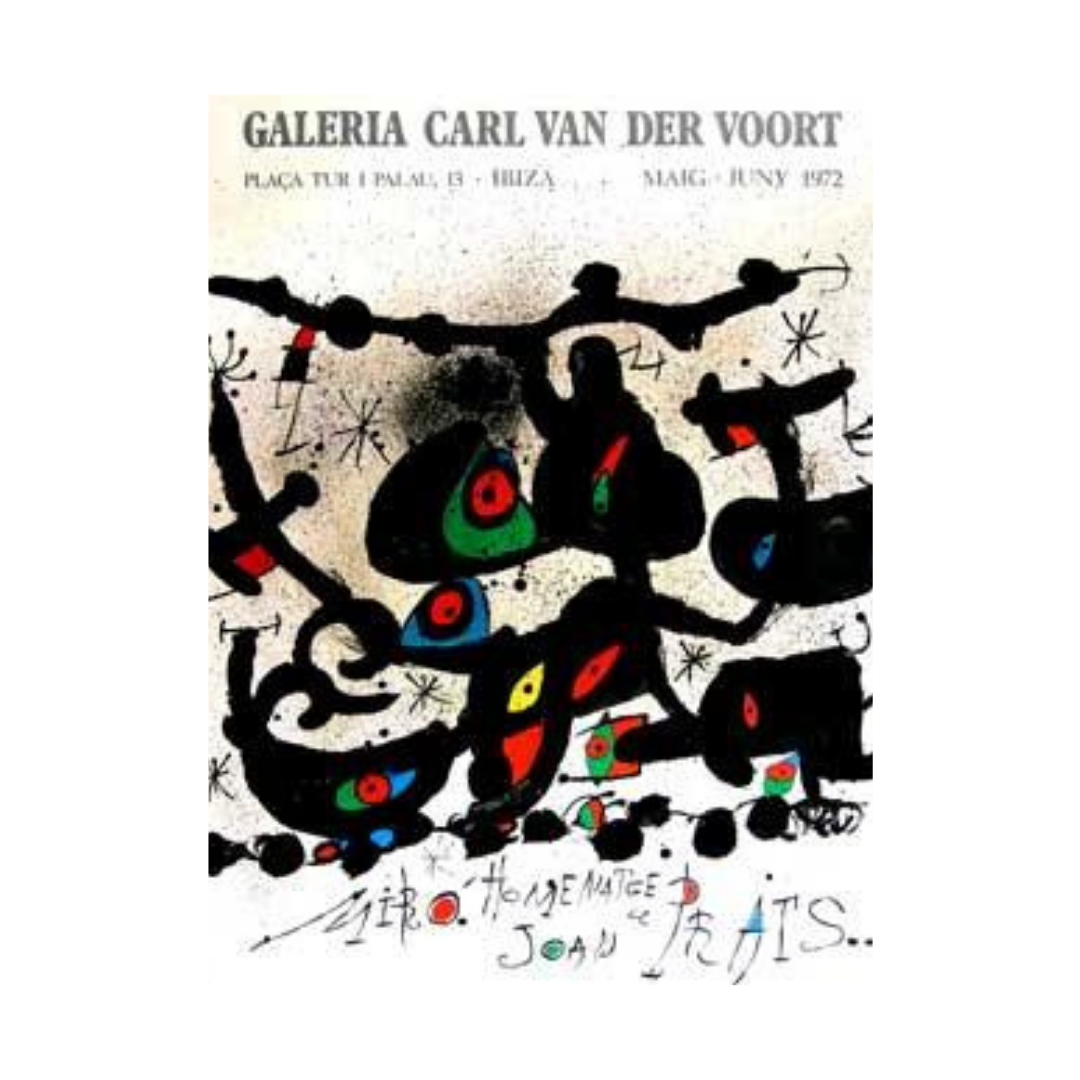 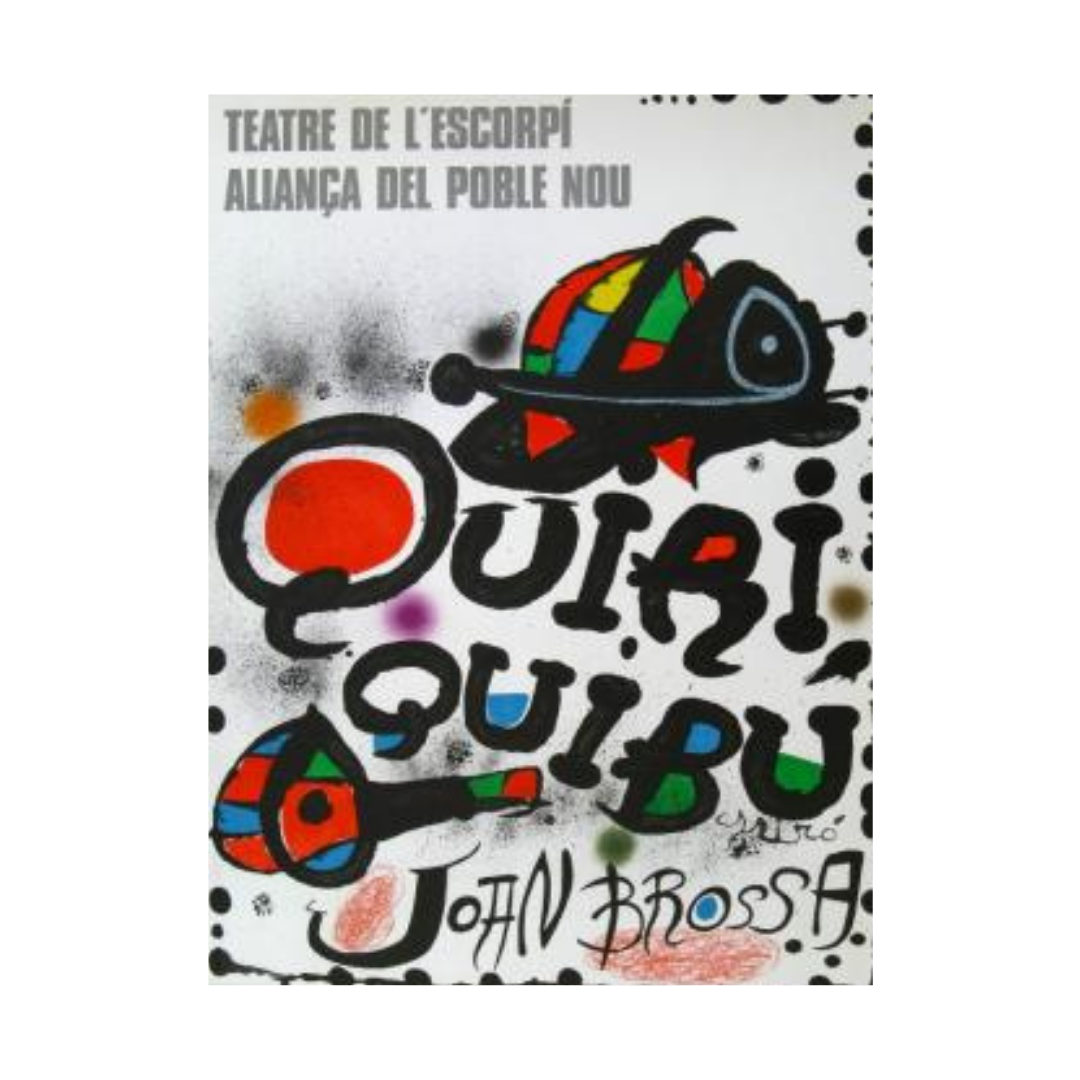 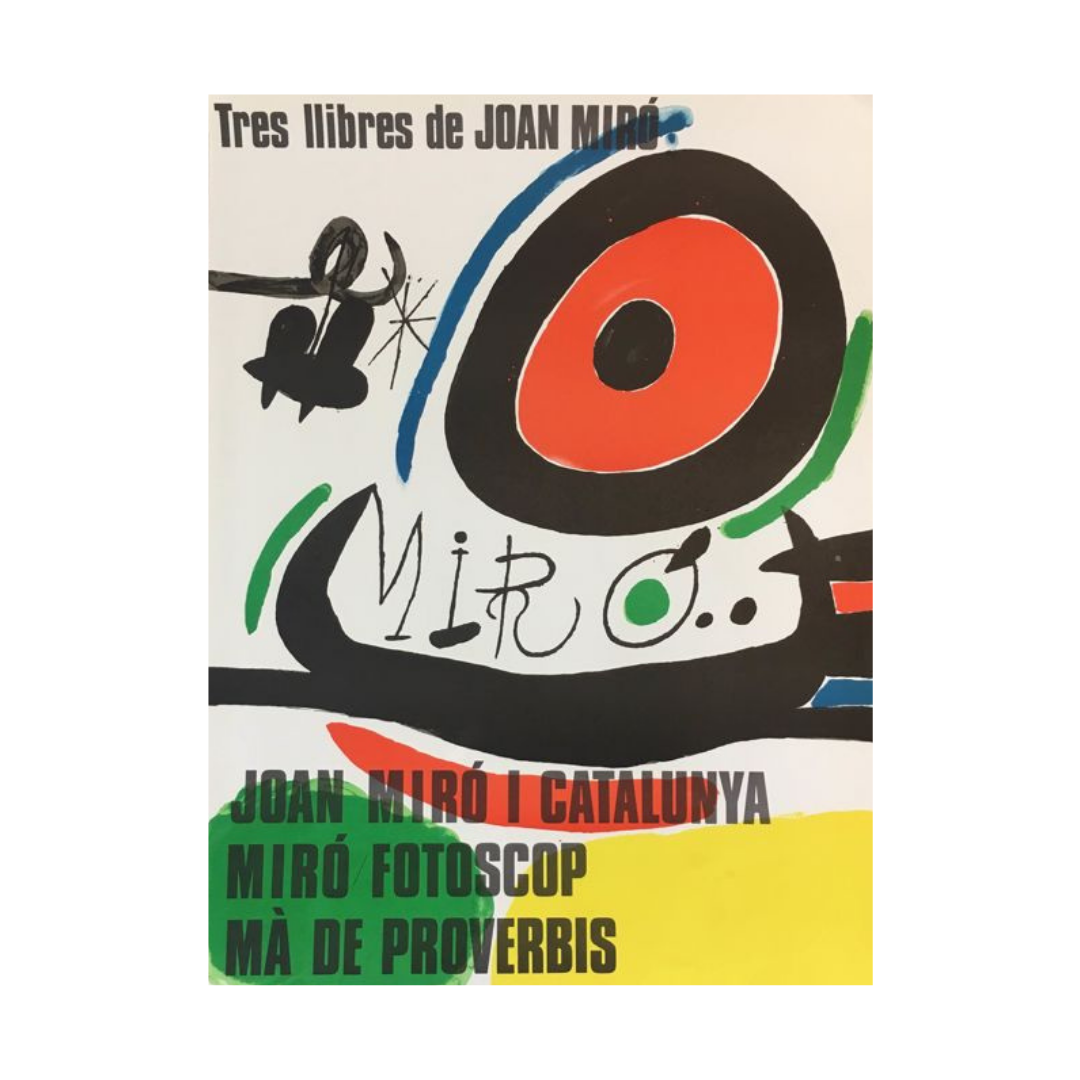 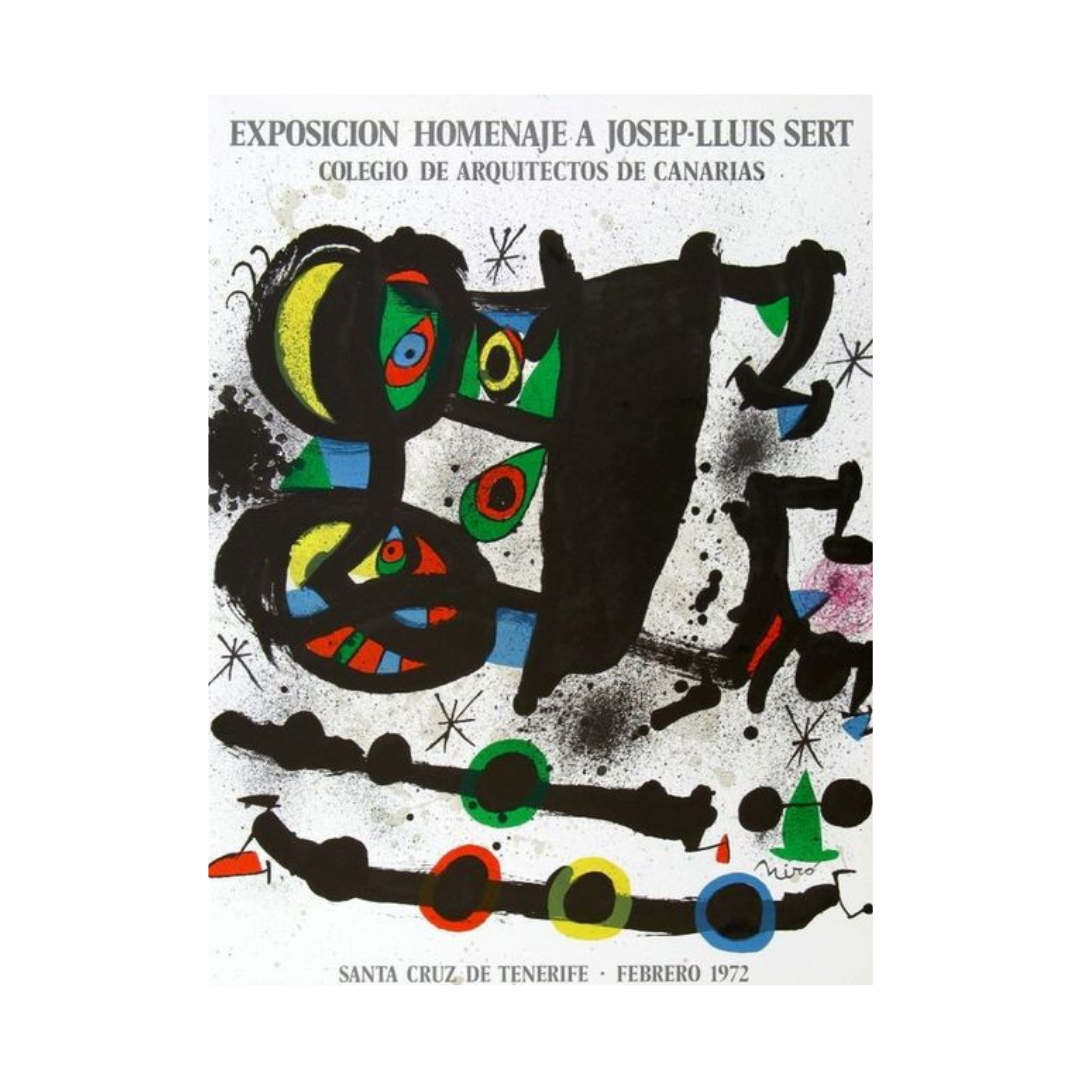 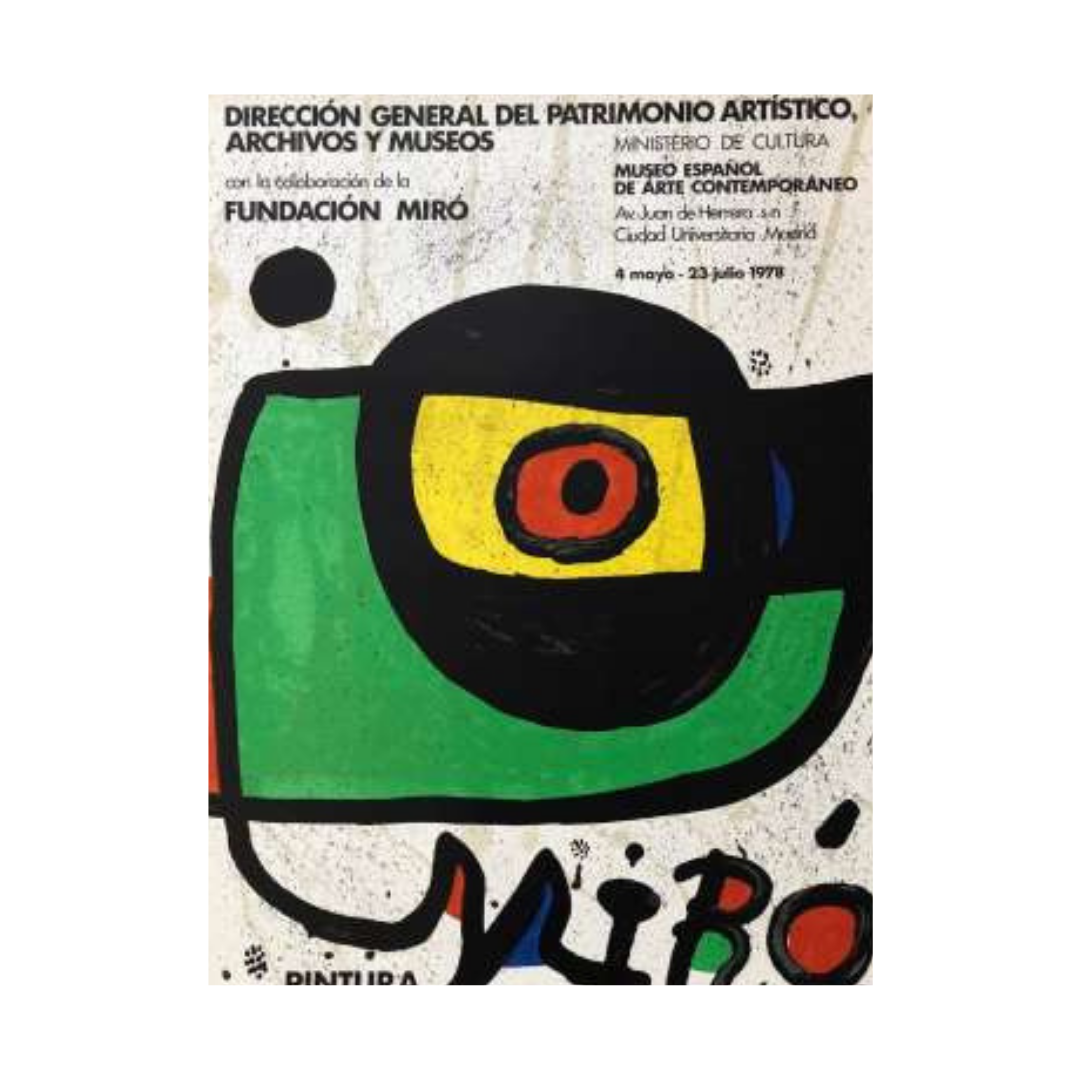 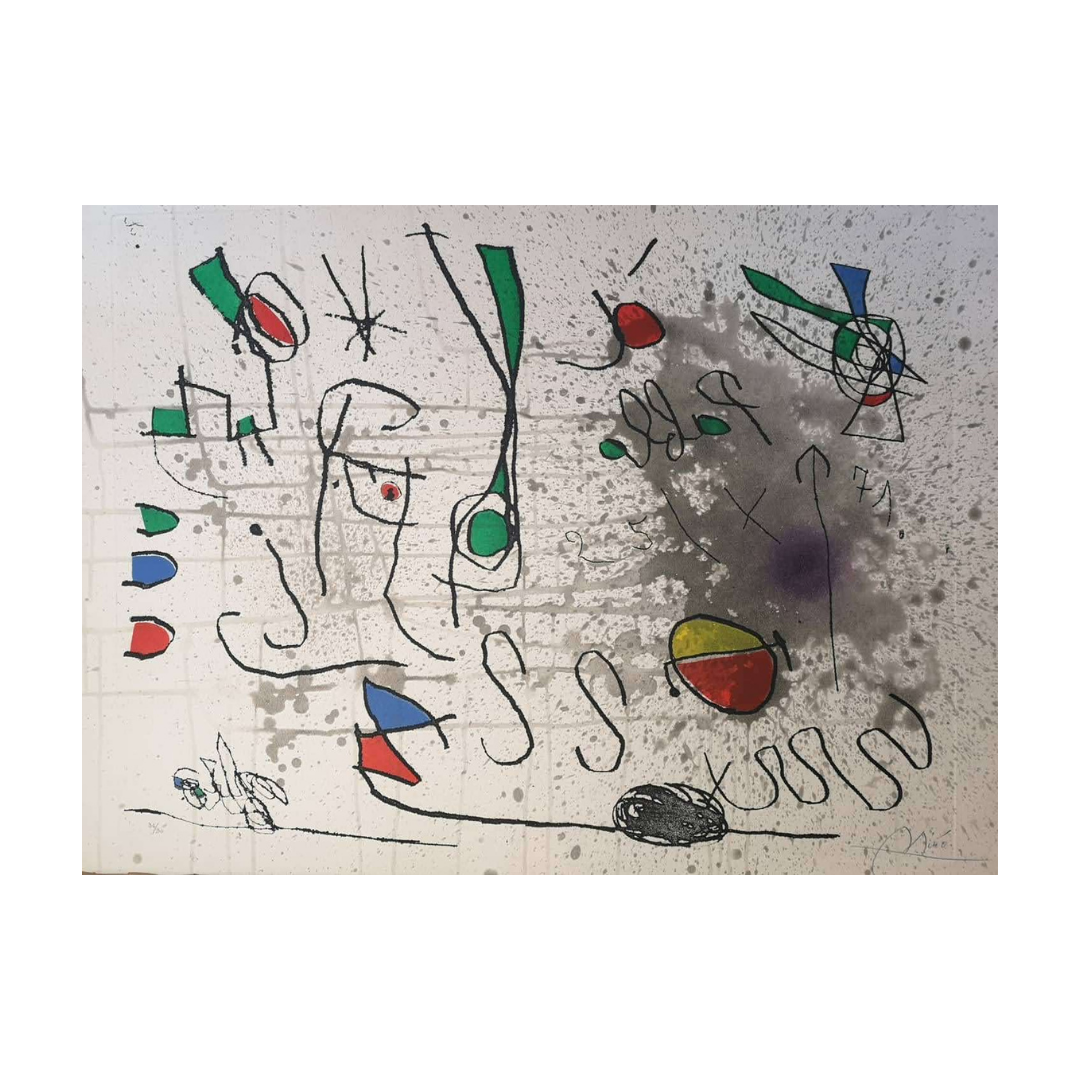