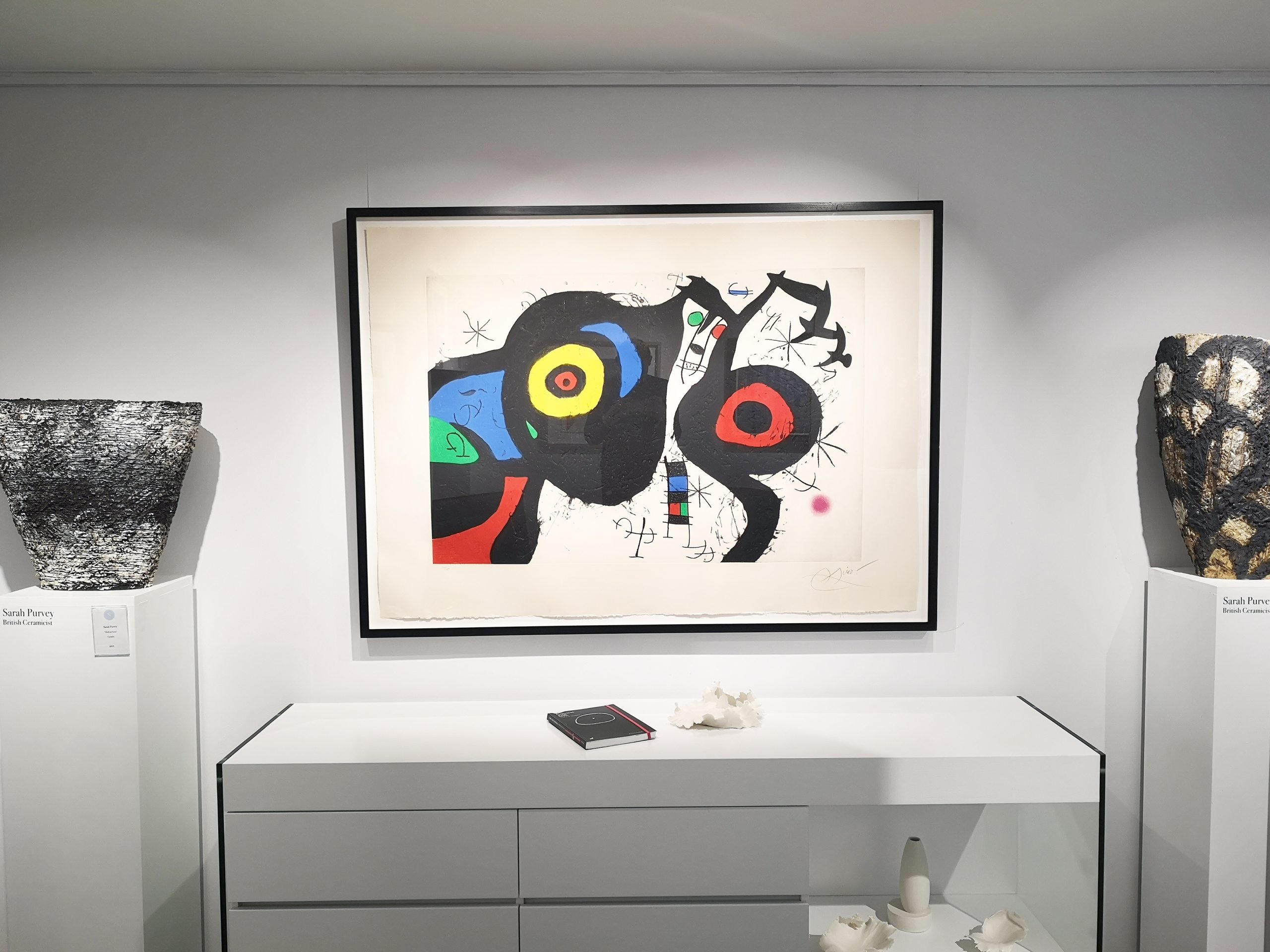 A stunning picture entitled “Les Deux Amis” (The Two Friends) comes to a Shrewsbury contemporary gallery, The Soden Collection. The Soden Collection opened its doors in November 2017, since then has been an epicentre for contemporary and modern art for Shrewsbury. The gallery has been dealing in such artists as, Lucien Freud, David Hockney, Tracey Emin, LS Lowry, Mary Fedden and many more since opening.

The galleries latest showpiece is 1969, signed lithograph by Spanish artist Joan Miro. Miro, a painter, sculptor and ceramicist is one of the worlds leading artist of the 20th Century.

“This image is one of beauty and I have fallen in love with it. Miro, aged 76 when this picture was produced has two figures that we look at them from a profile view. The eye’s of each figure are appear titled towards the point where they touch. It’s actually quite a romantic picture. Miro’s dreamland in which he paints, you can make out shapes of stars which suggests this is an image of the night sky. The larger figure on the right, Miro has used his very striking blue, which might suggest this figure being male. The more slender figure on the left is coloured in red, possibly female. Red, also being the colour of passion. Sometimes just one touch can be the most powerful thing in human interaction. Could this be a love story? Possibly, the start of a romantic relationship between two friends? Who knows?!”

It surely is a very interesting picture, one not to miss!

Darren Baker from Warwickshire has created a portrait of Prince Charles, as a surprise gift for his[…]