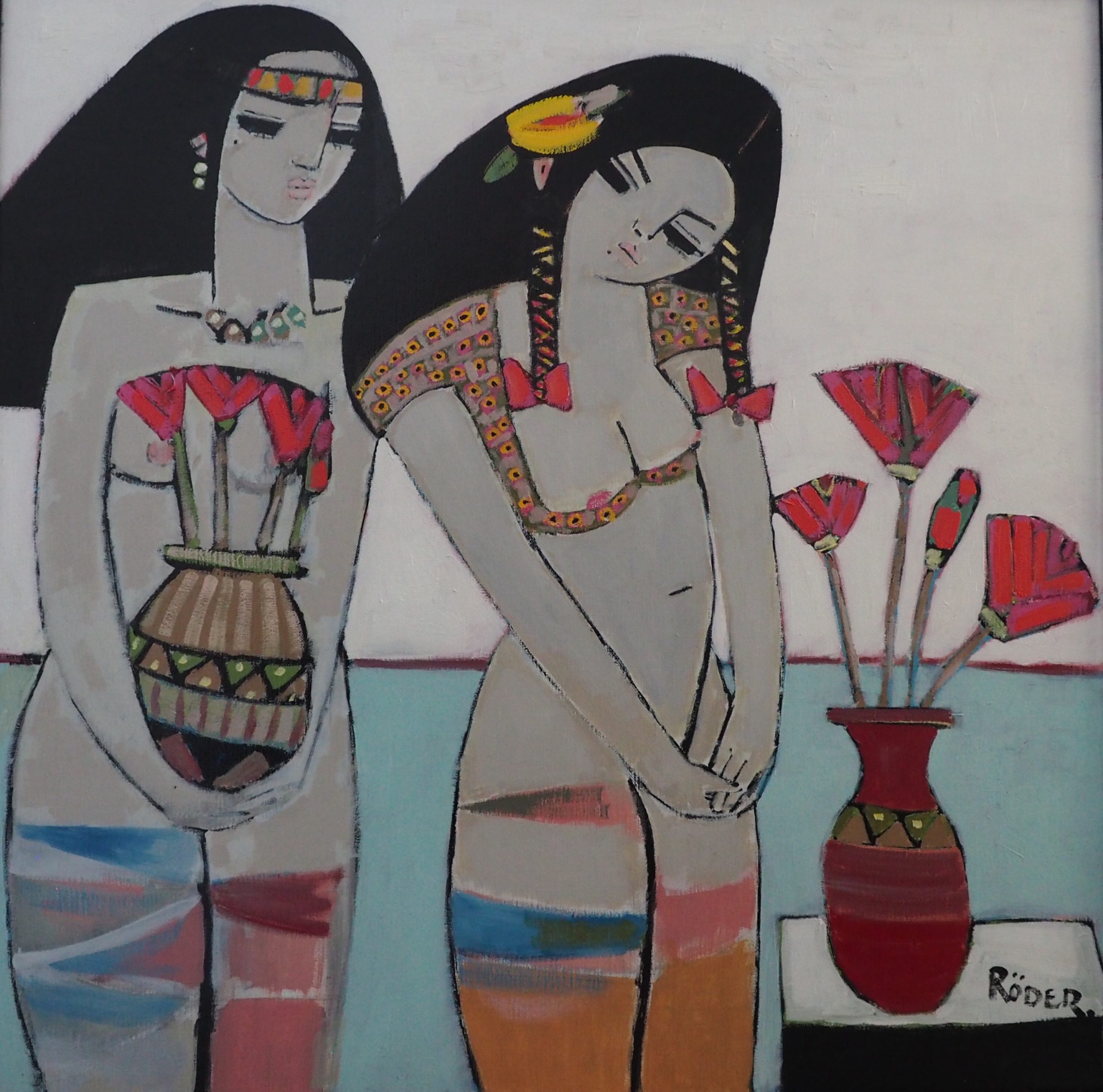 An artist described as ‘one of the finest working in Britain today’ is to be showcased in Shrewsbury later this month.

The Soden Collection, a gallery which opened last year in Wyle Cop, is hosting an exhibition of the work of Endre Röder on April 20 and 21.

“I am very excited to be launching this event which will feature more than 20 superb pieces of original work,” said Jonathan Soden, proprietor of the gallery.

“Endre Röder is one of the gallery’s favourite artists. His work is exhibited all over the world and he is widely regarded as one of today’s greatest UK artists so we are very proud to be hosting a solo exhibition.

“We have secured paintings from his own collection from the 1990s up to the present day so are expecting a good deal of interest from throughout the region,” explained Jonathan, who opened his gallery, featuring contemporary art and sculpture, last autumn.

Born in Hungary, Röder grew up in Malta before moving to Britain and now lives in Dorset where he continues to paint into his late 80s.

He studied architecture and fine art before becoming a museum and art gallery curator and then university lecturer.

Jonathan added: “Röder’s style is distinctive and instantly recognisable. His influences from his eastern European heritage and his early years in the Mediterranean are clearly recognisable in his paintings.

“His work can be from observation or imagination and is mostly of beautiful female figures in interior or landscape settings. We are looking forward to showcasing it to the people of Shropshire.”

The Soden Collection also features modern and contemporary pieces by leading names, including David Hockney, Damien Hirst, and Banksy, alongside modern artists such as Sir William Nicholson and Alan Lowndes and more traditional work by Lucien Pissarro and Francois Gall.

I am so pleased to be able to introduce some fantastic British Contemporary Art into Shrewsbury.

There are some great[…]